Our convention was held at the Embassy Suites in Greenville, South Carolina and a peach of a convention it was. We began Thursday morning with the General Meeting and the introduction of our first timers. 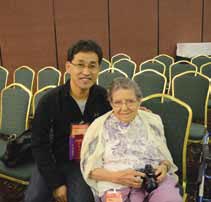 Our President, Tom Sarkus introduced the officers and led the discussion of the various functions of the club. We discussed the budget, the convention locations, the Journal, our INCC website, the new E-News, our facebook page and membership.

Next on the agenda was a program entitled “Nothing Can Be Finer Than Nippon in South Carolina” presented by Joan Van Patten and myself. Using pictures of appropriate Nippon as examples, we discussed the various attractions that South Carolina has to 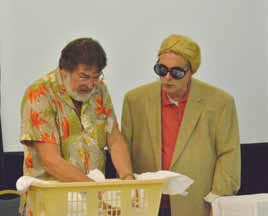 Linda Lau was on next. Her program was “Very Victorian” and she was costumed to match the era. She showed us many examples of Nippon and other bric-a-brac that typified the Victorians’ love of ornate decoration. She even included old ads and pieces which they portrayed.

Thursday night’s dinner concluded with the annual Ugly Contest. This always brings a great deal of merriment along with some money for the club’s treasury. We also had an auction of some fabulous Japanese articles, which were generously donated by our members. Included were Men’s Kimono jackets, an obi, a bento box, a necklace made from shards of a piece of broken Nippon and a kimono.

On Friday morning, Tomo Takeuchi revealed the discovery of an Old Noritake design book. It contained original watercolors for porcelain artists to copy. He told us the story of how he bought the book and displayed pictures from the book that matched known Nippon pieces.

Blaine Moore was the presenter of our next program, “Nippon Toothpick Holders”. He told us that toothpick holders were first used around the 1880s. The Nippon ones have many different types of decor, although moriage is quite rare. He likes to collect toothpick holders with different Nippon backstamps.

Nippon rarities and oddities came next. Many beautiful and rare pieces were on display.

The final program of the day was the “Nippon Road Show”. It was a good thing that this was the final program because we all ended up laughing so hard that nothing could have followed it. Jeff Mattison, in costume and bedraggled wig, was the host. He belittled and teased the unfortunate volunteers who brought up pieces for his appraisal. I was laughing too hard to take notes. You had to be there!

Saturday morning brought the auction. You’ll find some of the results in a separate article. The Saturday night banquet was held outdoors, under a tent. For those of us who like hot weather, it was ideal. There were many raffle prizes and some games of ‘rock, paper, scissors’ for more prizes. Finally, there CONVENTION – 2012 By Judith Boyd INCC JOURNAL 5 was the raffle for Gloria Addison’s magnificent, handmade afghan. The winner was Joe Tunnell.

We ate lots of peaches and had a wonderful time. Hope to see you all next year.

Jim Wroda, once again, provided a magnificent auction experience for our convention. This year, for the first time, our auction was also on his web site, which brought in buyers from all over the world. We had on-line bidding from Canada, England, Germany and Japan. In addition to the many purchases made in the auction room, bidders from 6 other states made purchases online. “Those states were: California, Massachusetts, Michigan, Minnesota, Ohio and Texas. As you may surmise, the internet definitely added to our bottom line.

Many thanks are due to our Chairwomen — Rella Clock and Marie Letizia — and heir tireless committee. Without these volunteers, our auction would not be possible.

I was lucky enough to have been able to attend the INCC convention again this year. In case you couldn’t go, it was held in the Greenville, SC Embassy Suites, and of course breakfast and Happy Hour drinks were free every day. Wish I could say the same for the Nippon. I had promised myself that I would refrain from overspending, and I guess I partially succeeded since I only spent about a third of what I did last year – but if you knew how much that was, you would know that I am not exactly the most frugal collector.

We had a great program consisting of many seminars. And of course, there was all that in-room buying -lots and lots of buying … But by far the most hilarious feature hands down was the “Nippon Road Show’” hosted by our very own Jeff Mattison and complemented by some very talented participating INCC members who brought Nippon items for his -very frank -appraisal. Although he appeared to be in drag as a pony-tailed Antiques Roadshow appraiser, I think Jeff was channeling Johnny Carson that day, because despite the pony-tailed Wig and oddly shifting abdomen he seemed to have the relaxed demeanor and low key humor of the former low-key TV host. But then Jeff is always low-key and relaxed, isn’t he? I know that when he tried his hand at the very energetic Taiko Drum playing last year, he somehow managed to look relaxed through that as well. I believe that Jeff is the only person in the world who could make such an energetic form of performing look relaxing -but then he always seems to be relaxed, doesn’t he? Actually, I’m convinced he would seem relaxed during a fouralarm fire. Anyway, the road show was a big hit. I laughed so hard I almost fell over. There was a general consensus that we’d all love to see the “Nippon Road Show” make a repeat appearance at another convention.

We were again fortunate to have a raffle of some very wonderful items including the very beautiful afghan. We also had auctions of genuine Japanese Kimonos, donated to the INCC by Tomo. He also reproduced for us some pages from the fabulous original book of Nippon artist’s samples he recently acquired. I eagerly bought some. Sure beat Walmart prints, don’t they? Thank you so much, Tomo, for everything you do!

And of course, there was “The” Nippon auction, and it had so many wonderful items this year. It included online bidding for the first time and was a huge success. You know, our auctioneer Jim Wroda is very talented at eliciting bids -maybe a little bit too much. As a matter of fact, I am very suspicious that he is actually a hypnotist. He definitely made me buy a lot of stuff! I think we should look into this…

My own, Dave Frazier, had to work and couldn’t attend again this year. I did however bring with me for the second time a recent recruit to the INCC and Dixieland chapter, Mary Jane (MJ) Surina. I’m happy to report to you even though she’s a relative newbie at this, I have managed to infect her with a good case of infatuation with Nippon – so much so that she too bought a number of items. Of course, I heartily encouraged her to loosen up on her wallet! Prior to knowing me, I don’t think MJ had ever bought an antique in her life. As a matter of fact, I’ve made many converts in addition to MJ. I just show them some items in my house, take them with me to shows or auctions or yard sales, and next you know, they’re cashing in their 401-ks to buy antique porcelains. Ah, sweet success! “Rarities” 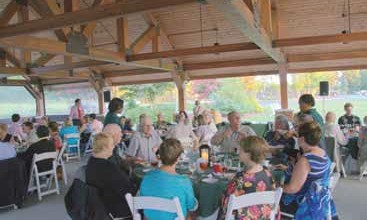 NOTE - if highlighted, you can click on this and it will take you directly to the item/icon!

MEMBERS, the convention is now far behind us. It is time to turn out attention to some very important club business!! Linda sent out the newest Journal to each member and included nominations for Board positions that will need to be filled. Please give this some consideration and mail those nominations (or email) them to Nancy Miller, our INCC secretary. As a reminder, you will find the addresses for Nancy that you need to submit your nominations on the Nomination Form sent with the 2023 Winter INCC E-Journal sent to all by Linda Lau.

Members, if you have not renewed your membership, please do so as soon as possible to ensure that you continue to be able to take advantage of all the club has to offer and so that you do not miss any of the wonderful journals our Journal Editor, Linda Lau, sends. If you return to the Home Page, you will see that two of the banners still have a button that you can click on that will take you directly to a page where you can renew and pay by using PayPal - all so very easy, so just do it!

As a reminder the new board for 2022 - 2023 is: (President) Nat Goldstein, (Past President) Joe Tunnell, (President-Elect) Russ Heckman, (Secretary) Nancy Miller, (Treasurer) Jeff Mattison, (Directors): Dennis Benefiel, Jerry Chiles, Marie Letizia, and Rella Clock. The Journal Editor is Linda Lau. Our NEW Venue Coordinator is Marie Letizia, who has stepped into the very big shoes of Bob Schoenherr, who recently stepped down. The Website Coordinator is Meg Miller. The Japanese Liaison is Tomo Takeuchi.

Your new president, Nat Goldstein, has been busy leading the efforts to bring to all a wonderful convention this August in "Columbus."  Write on your calendars this very important information for the upcoming convention: August 10 - 12, 2023 at the Embassy Suites in Dublin, Ohio Those of you who were unable to attend the convention last year were truly missed and we hope that you will be able to join us next year. We really want to see you!! Nat has a wonderful theme for the 2023 convention -  "East Meets West."

The latest E-Journal is available in the Member Tools - 2023 Winter INCC E-Journal. This Journal has wonderful articles that reflect the theme of the upcoming convention, as well as a very interesting article on Nippon and Manning-Bowman and Company by Peg Wier. Linda strongly encourages each member to contribute articles to the Journal - any and all are welcome. She gladly accepts articles written by even the most novice (like me) and expertly edits for us all!. Go to "Member Tools." for the Journals and all other publications JUST FOR YOU, members!

Very important, MEMBERS, when you go to  "Member Tools." you will find the "Member Directory " - keep in mind that these addresses are not to be shared with anyone outside the club